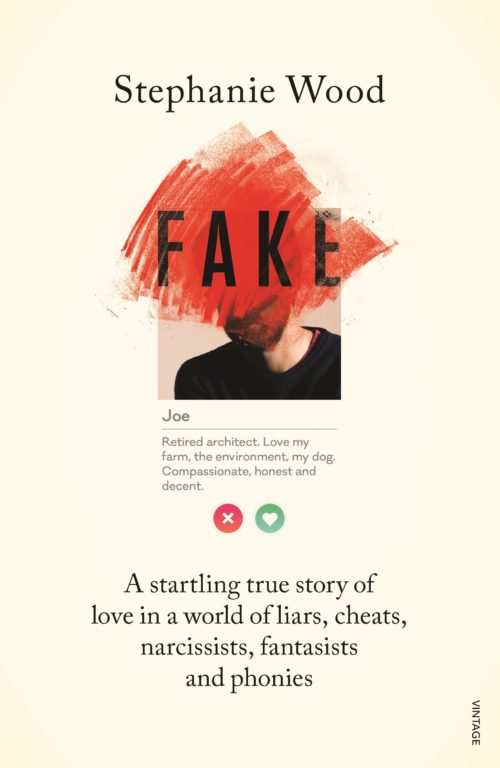 A powerful, richly layered investigative story for our times, drawing on the personal stories of the author and other women who have been drawn into relationships based on duplicity and false hope.

Women the world over are brought up to hope, even expect, to find the man of their dreams and live happily ever after. When Stephanie Wood meets a former architect turned farmer she embarks on an exhilarating romance with him. He seems compassionate, loving, truthful. They talk about the future. She falls in love. She also becomes increasingly beset by anxiety at his frequent cancellations, no-shows and bizarre excuses. She starts to wonder, who is this man?

When she ends the relationship Stephanie reboots her journalism skills and embarks on a romantic investigation. She discovers a story of mind-boggling duplicity and manipulation. She learns that the man she thought she was in love with doesn’t exist. She also finds she is not alone; that the world is full of smart people who have suffered at the hands of liars, cheats, narcissists, fantasists and phonies, people enormously skilled in the art of deception.

In this brilliantly acute and broad-ranging book, Wood, an award-winning writer and journalist, has written a riveting, important account of contemporary love, and the resilience of those who have witnessed its darkest sides.

“A meticulously researched blend of memoir and investigative journalism that reads like a gripping thriller. Her exploration of the complexities of emotional abuse is at once harrowing and revealing, especially when she draws on psychological theory to wade into the murky waters of narcissistic personality disorder. Wood’s prose is languid yet vivid and she establishes trust with the reader as she divulges her own moments of vulnerability and shame. Wood has woven together a deeply immersive, incredibly human narrative that reveals truths both personal and universal.”

“Fake is a breathtakingly honest and beautifully written account of the emotional wreckage caused by fraudsters of the heart. I found myself cheering for Stephanie as she majestically wields her literary scalpel to dissect and expose a manipulative, narcissistic conman. This is an exquisitely written piece of work in which the author bravely bares her soul.”

“… at the heart of this book is love. It is not just a story about being duped for the love of a man, but a story about finding love for oneself. One senses the sheer force of the personal reckoning Wood must have had in order to write it. The self-flagellation, the tremendous shame – these are feelings of the past. She has built herself a suit of armour with which to face adversity, yes, but more importantly, has found the brilliant core within herself, and the final passages of the book blaze with it.”

“Stephanie Wood, the former features journalist at The Good Weekend has written an incredible debut book. It’s a rich, detailed and thrilling look at a relationship she had with a narcissist and professional love-rat. Wood handles the complexities of human relationships with a deft hand, and ultimately leaves us with something that stays with us long after that final page.”

“This book absolutely deserves a place along side Johan Hari’s Chasing the Scream, Chloe Hooper’s Arsonist, Jon Ronson’s Psychopath Test and Sarah Krasnostien’s Trauma Cleaner. It’s one of THOSE books and I’ll be pushing into every hot little hand I can when it arrives in my shop.”

“Wood brings lyrical talent and solid insight into what drives some women (and some men) into the arms of ‘‘liars, cheats, narcissists, fantasists and phonies’’ and keeps them there. The story and the style are gripping and, thankfully, the resolution is deeply satisfying.”

“An absorbing and deeply personal story which I think will resonate with many readers. Wood was in a relationship with a man who was largely not the man he purported to be, but there was enough truth to his stories that, on the whole, he checked out. She doubted herself. She spiralled into anxiety and depression. And then she slowly, painfully, discovered the truth behind the façade. Here she shares her story, as well as the stories of other women and men who have been similarly duped, because this shit happens. And it happens more than we may think. I particularly enjoyed the sections where Wood interviewed experts – anthropologists, psychotherapists – seeking information about why some people behave in this way and how people become victim to it. I’m still mulling over the description of how one can be addicted to hope, and the implications this can have on someone’s decisions.”